Crisis: to acquire or to survive? 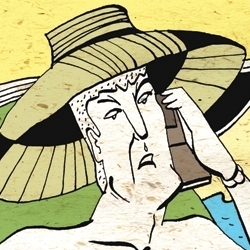 - Well, is it true that Nikolai Petrovich returns? – asked Ivan, the personal driver of the founder and the CEO of the ‘Wight’ conglomerate, looking with hopes at Lenochka, who was a secretary. – Won’t I finally get a job?

Ivan had already been going to the office for about two years as if it was an Internet club. Nikolai Petrovich Paltusov, Ivan’s ‘owner’, was rarely seen in St. Pete, that is why Ivan, as Lenochka said enviously, kicked his heels almost all his working hours. Being an old school man, he suffered from the fact that he got money for nothing, therefore he was ready to apply himself to various orders of ‘Wight’s’ managers and ordinary employees. All the remaining time he spent at the computer – generally on forums, which were dedicated to the off-road racing ‘Ladoga – Trofi’.